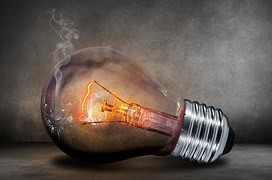 Did you realise the conventional light bulb is nearly extinct?

The European Commission is to vote on whether to proceed with a proposed ban of halogen light bulbs in 2016, or delay the phase-out until 2018. The move was originally proposed for next year as the next step in a long-running program to phase out inefficient light bulbs across Europe. The Commission itself has proposed delaying the ban due to concerns over the price and quality of the bulbs that would remain available to consumers should the current 2016 deadline be enforced.

Traditional incandescent bulbs are already banned from sale within the EU, but the next stage of the phase-out (stage six) requires all bulbs to be energy-efficiency class B by September 2016 in order to be eligible for sale in the EU. If implemented, this will effectively remove all halogen-style bulbs from the market, leaving just standard energy-saving bulbs (known as CFLs) and LED bulbs on shop shelves